The ride was originally going to be named "Cheetaka", but the named was scrapped, and "Cheetah Hunt" became the ride's official name.

Cheetah Hunt features three launches throughout the ride. Parts of the ride travel into trenches and over water. 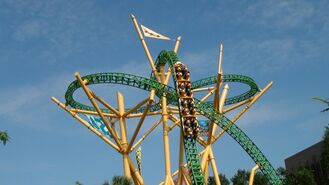 The ride goes up its unusual hill 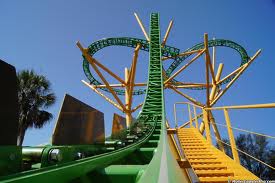 Another view of the hill during construction

Zero-G Roll
Add a photo to this gallery
Retrieved from "https://rollercoaster.fandom.com/wiki/Cheetah_Hunt?oldid=49046"
Community content is available under CC-BY-SA unless otherwise noted.